Review of Gods of Egypt


I decided to watch this film because the trailer was good but it wasn’t at all as good as I thought it was going to be.

The film is not part of a series which I'm very surprised about because they left the story hanging. I am also very happy about that because the film was not very good from my point of view.

I am not sure who the main characters were because it was very hard to follow and they kept on bringing characters in and out.

I have no idea what the story of the film was because it was also very hard to follow.

The only good thing in Gods of Egypt was the special effects because the gods looked bigger than normal people and all of the flying scenes.

The things which were very bad in the film were the action scenes because they were very boring, the film was too long and the storyline because it was hard to follow.

I think this film was only suitable for adults and people interested in Egyptian gods. Because I don't know much about these gods I found it hard to follow.

I give this film 5.5 / 10 only because of the special effects, so overall I don't think this film was as good as I hoped it would be. 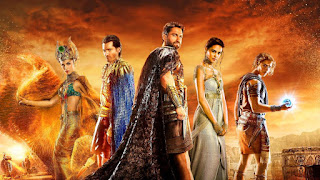 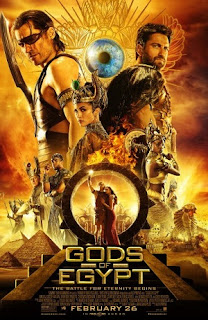